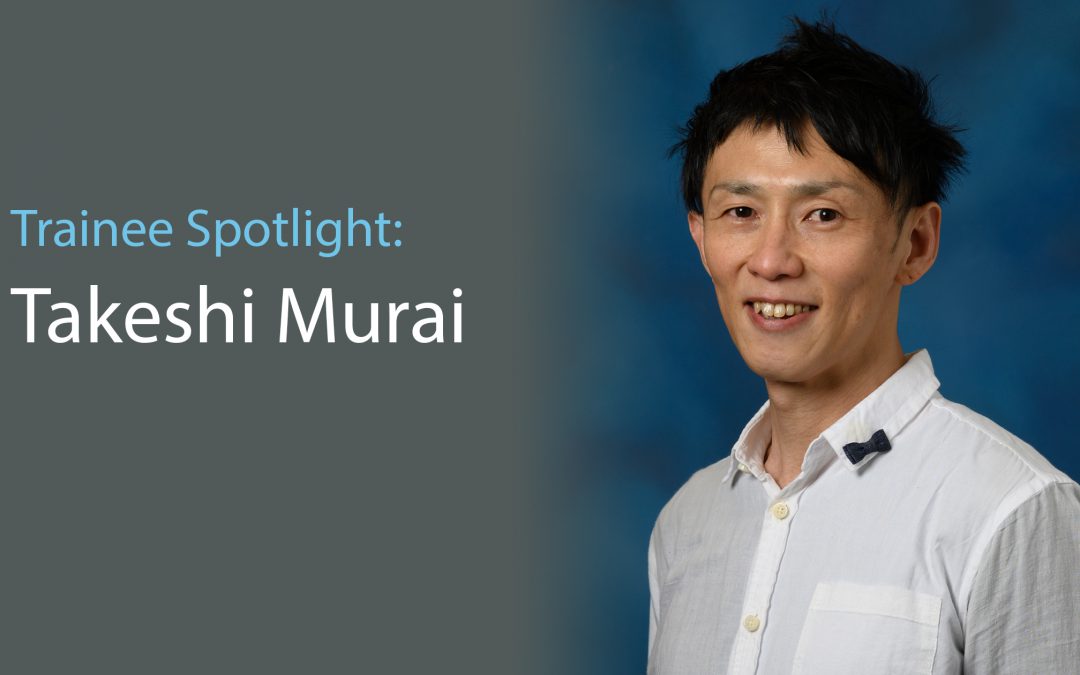 Takeshi Murai, PhD, is a trainee under the supervision of Stacey Sukoff Rizzo, PhD, and has worked in the Rizzo Lab since 2020. Prior to his work at the Aging Institute, Dr. Murai worked for more than 20 years in the pharmaceutical industry in Japan developing novel therapeutics to target the central nervous system. As a behavioral pharmacologist, his expertise in handling animals extends beyond rodents to non-human primates. Dr. Murai received his first post-doctoral training at the California National Primate Research Center at the University of California, Davis in 2015, where he studied the social behaviors of rhesus macaques using an autism spectrum disorder model.

Dr. Murai is interested in finding new interventions for patients with Alzheimer’s disease and wants to elucidate the fundamental mechanisms which are foundational to these interventions. In terms of translational research, nonhuman primates have garnered attention due to their neuroanatomical and neurofunctional similarities with humans. Common marmosets, in particular, have some ideal features for translational studies, such as their small body size, ease of handling, and high homology of DNA sequences with humans. In addition, marmosets have a short life span relative to other large non-human primates, and therefore are a more suitable species to study age-related neurological disorders, such as Alzheimer’s disease. Because the Rizzo Lab uses these translational approaches, Dr. Murai was excited to join the lab and to continue this work in decoding fundamental mechanisms and discovering potential therapeutic interventions.

Dr. Murai is currently working on establishing a rigorous testing battery to differentiate normal healthy aging from Alzheimer’s disease in marmosets. The testing battery includes an evaluation of cognition, sensory, and motor functions. Once established, the testing battery will be implemented on an annual basis in a longitudinal study. In addition to this work, Dr. Murai is also involved in the recent work of the Rizzo Lab to start neurodevelopmental and phenotypic evaluations of Alzheimer’s disease in model marmosets with genetic modifications. Outside of work, Dr. Murai loves spending time with his wife and their dog named Sara. He also likes to go hiking, jogging, and do yoga. Baking is a recent addition to his weekend routine. 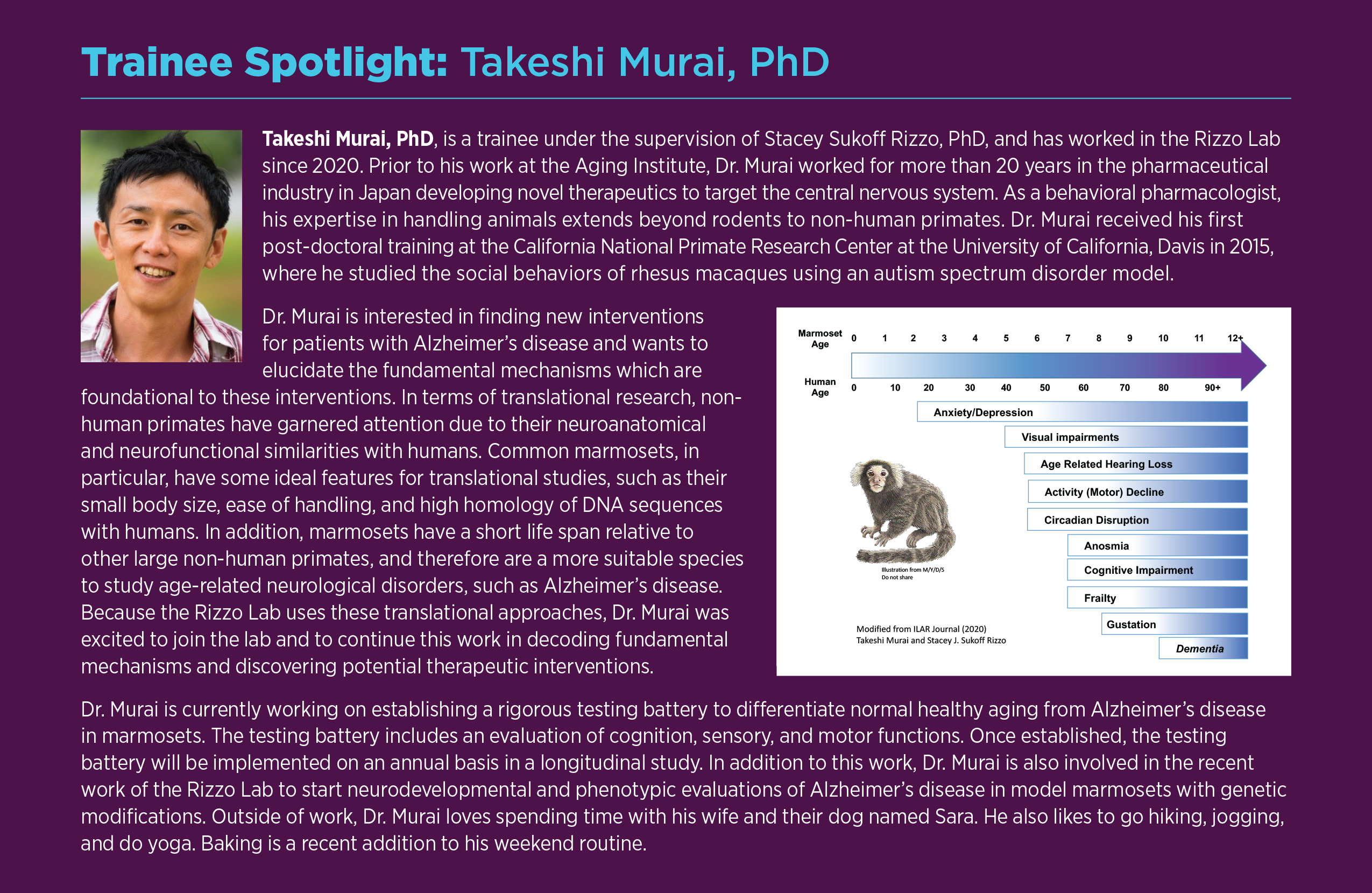