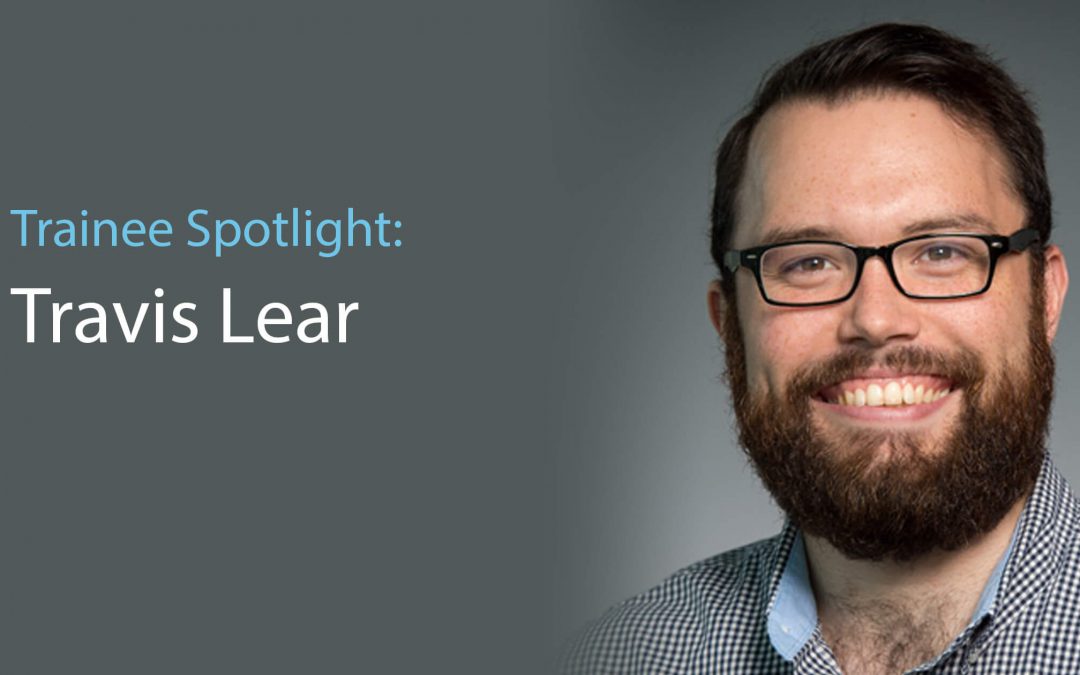 Dr. Travis Lear, PhD successfully defended his dissertation in April 2020 and earned a doctorate from the School of Public Health in the Department of Environmental and Occupational Health. Dr. Lear was a graduate student in the lab of Beibei (Bill) Chen, PhD, at the Aging Institute. His thesis was on ubiquitin E3 ligases in interstitial lung fibrosis in idiopathic pulmonary fibrosis (IPF) and scleroderma, inflammation, and innate immunity. While in graduate school, Dr. Lear also uncovered a role for ubiquitin E3 ligase in nutrient sensing. He plans to continue investigating the role of proteolytic regulation of nutrient sensing in aging. Dysregulated nutrient sensing is a hallmark of aging, and he believes that the role of how E3 ligases contribute to metabolic dysregulation and nutrient sensing dysfunction in aging is not fully uncovered.

Dr. Lear has been a successful trainee with approximately 20 publications from his graduate work, and was awarded a National Institutes of Health F31 Individual Fellowship. He has also won several awards for his graduate work including the Outstanding Doctoral Student Departmental Award in 2020. He is currently supported by the T32 training program in the Vascular Medicine Institute, Department of Medicine. In the past few months, he has been actively working on repurposing FDA-approved drugs against SARS-CoV-2. In addition, he has also applied for the very competitive and prestigious NIH Director’s Early Independence Award (DP5) that supports exceptional postgraduate trainees to transition into independence.

Outside of lab, Dr. Lear enjoys reading and learning about, and exploring history — he sometimes wonders what would have happened if he followed that path instead of science. He enjoys watching sports like baseball and is trying to get back into running when he can. 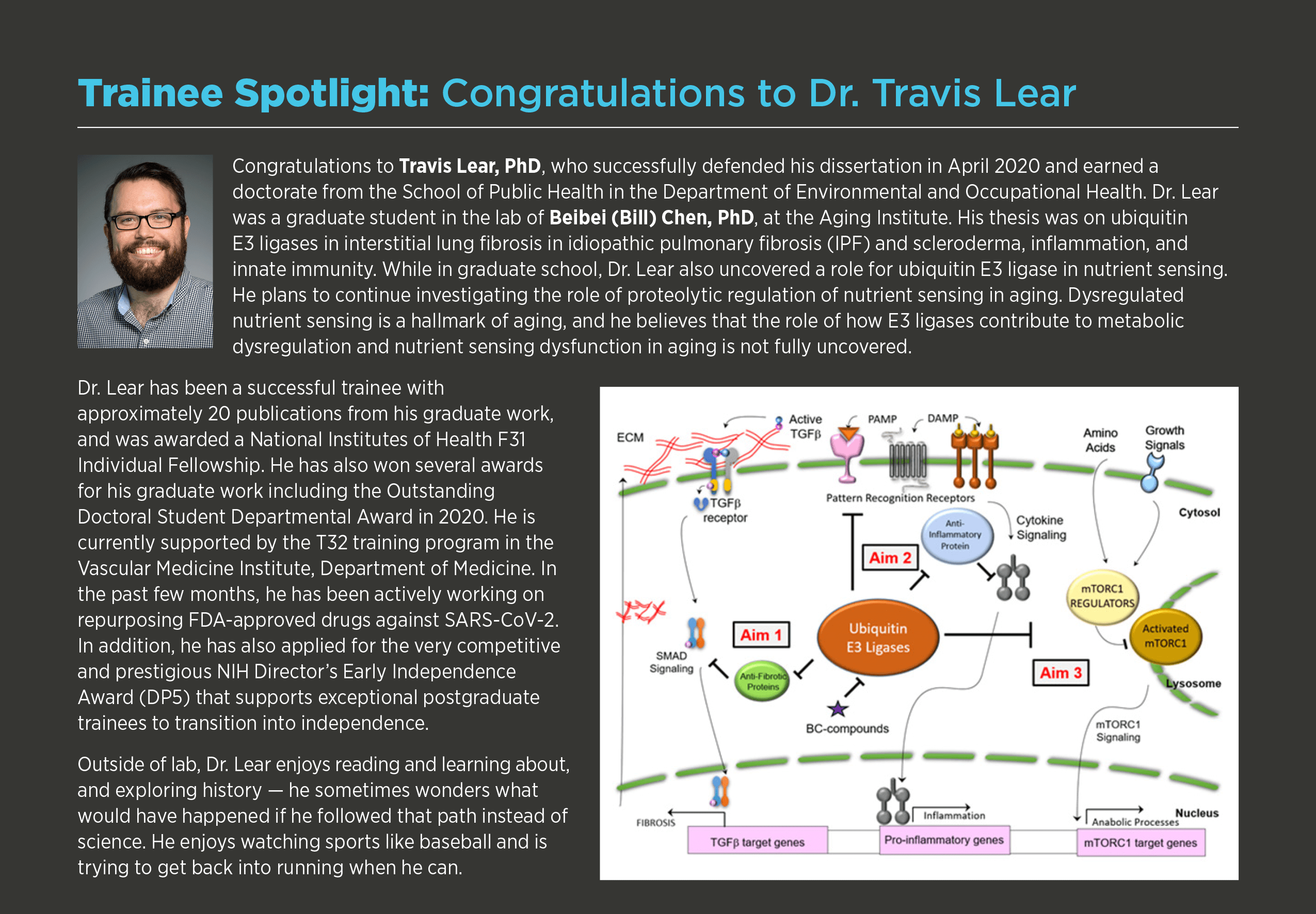